Theater In the Now

"For the love of money" 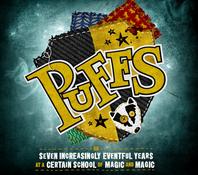 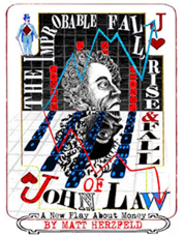 ​"Bring a Bumble date, and see how weird they’re willing to get!"

The Summer "Level 3" Youth Company of The Sound of Music at Windy City Music Theater in Chicago, IL (Director/Choreographer, 2015)

(Warning: Some explicit language)
​Produced by Brad Raimondo of The Dreamscape Theatre.​

​​​​Listen to "Everything Else"

My cover of the song from Next To Normal.

AS A teaching artist:

​Since earning my BFA from NYU's Tisch School of the Arts, I've worked as a performer, director, producer, educator, and about fifty other things as necessary.

I've been honored to assist Brad Raimondo of The Dreamscape Theatre on several projects (most recently, Pete Rex at 59 E 59th St), I collaborated with the amazing Lily Ali-Oshatz as developing director for the new musical, She Said, and I was thrilled to assist production designer Madeleine Bundy on Puffs during its Off-Broadway transfer. I have pioneered theatre education programming with Kids Creative, Art House Productions, and Mainstages, and I’ve directed the Summer Youth Academy at the White Plains Performing Arts Center since 2016.

In Chicago, I worked with several youth programs including the Actors' Training Center and Windy City Music Theater, where I directed The Sound of Music and Narnia. I also managed the house for Porchlight's premiere of Side Show at Stage 773 (nominated for 4 Jeff Awards).

I realized a teenage dream in 2019 when I got to direct Spring Awakening at the Secret Theatre in LIC. I was in the process of developing the premiere reading of a new musical Revelation Manhattan by Eddie Bean & Nathan Dennis right before the pandemic shut everything down... Looking forward to getting back to work as soon as it's safe!

I grew up in Phoenix, AZ and my first role ever was "Dish #7" in Beauty & The Beast when I was five. You can watch, listen, and read more below.

"an inventive and bizarre evening of theatre"